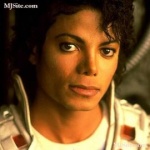 Special lifestyle projects, including a nightclub to open with the Las Vegas show, will also be developed.

I am wondering if there are MJ fans in the midwest (USA) who are interested in seeing this Cirque performance. I have not found many fans in my area and I would like to communicate with others who share my appreciate my appreciation and understanding of this great artist and human being.
Current date/time is Thu Apr 02, 2020 8:44 am